On December 29, 2019 a mad man walks into a church in Fort Worth, Texas with a shotgun. A concealed carry holder in the congregation sees him and knows he has to pull his weapon and shoot…

As he slowly goes for his weapon, the man with the shotgun sees him and shoots him in the chest. He was pronounced dead shortly thereafter.

As tragic as this was. The concealed carry holder didn’t exhibit any signs of knowing defensive shooting skills…and it cost him his life.

I hear stories all the time of concealed carry holders being violently attacked and they fumble around with their weapon, can’t get the safety off, drop the magazine out of the firearm..the gun malfunctions and they don’t know what to do…

…and instead of being the victor they become the victim.

The main reason this happens: They have never played out these shoot or don’t shoot scenarios in their mind.

In fact, for most concealed carry permit holders, the first time they make these critical life or death decisions is when they are in the middle of a violent attack.

And more often than not, they make the wrong decision (or can’t make a decision at all) so the bad guy gets the upper hand and things go horribly wrong.

That’s why I created this course. So you can program your brain to make good decisions before something bad happens…when you need to think and act quickly to save your life or the life of a loved one.

I’ll take you through 31 shoot or don’t scenarios step-by-step so you can see exactly what to do, or not do, to stay safe or completely avoid the situation.

Let’s be honest, most people don’t think like criminals. That’s why it’s much easier to program your mind for these situations after you actually see some of them played out right before your eyes.

That’s why one of the strengths of this course is the video portion. You can see specific instances of how criminals act and how normal people react during a violent attack. Combined with my analysis and questions, you’ll get up to speed quickly on how to prepare and train your mind for a violent encounter before it ever happens.

Here’s some of what you’ll discover:

Here’s a few of the scenarios we will cover: 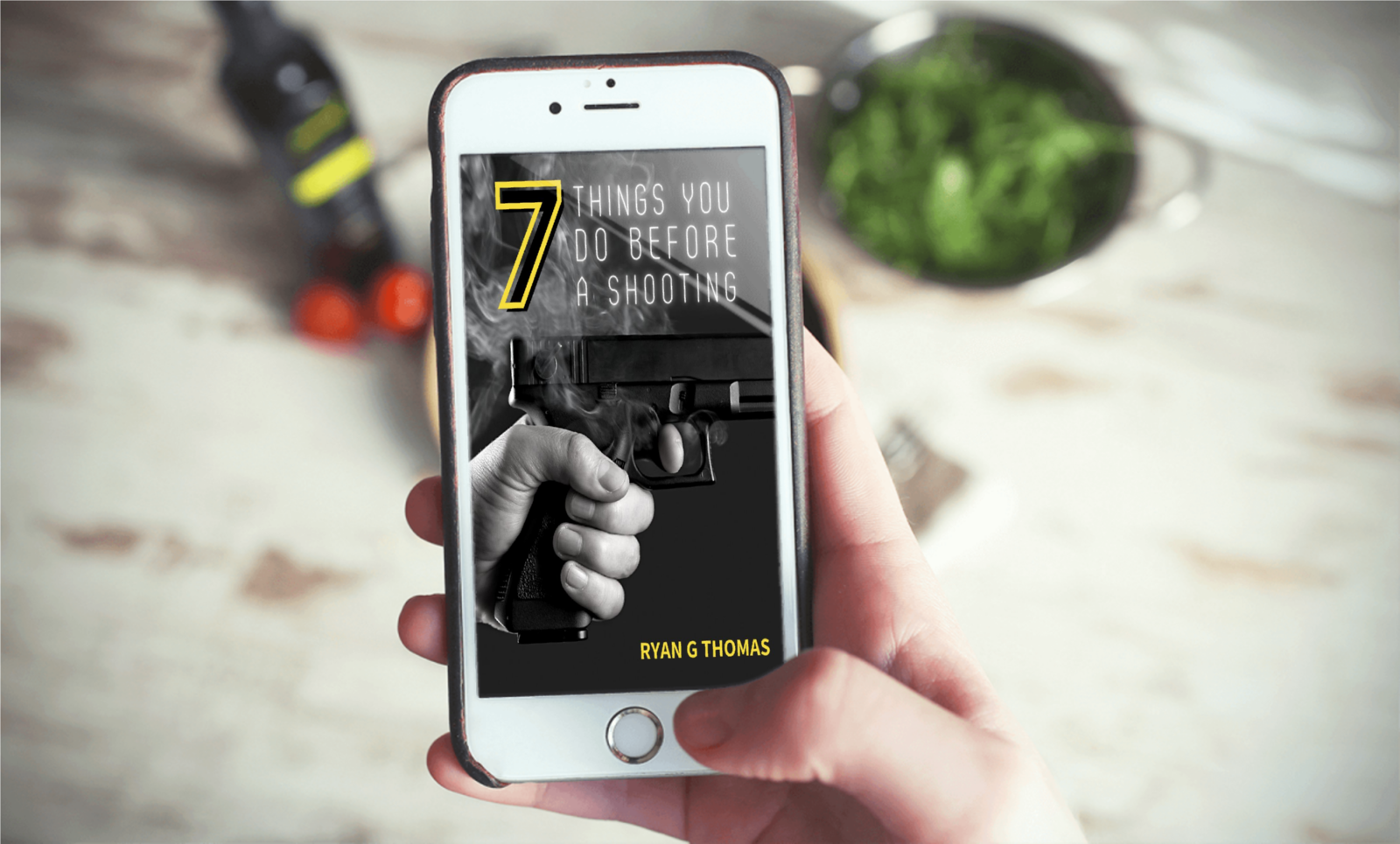 There are seven fundamental things you must do before a shooting. This e-book clearly lays them out so you’re prepared. It’s free when you grab the course.

I truly believe this…and you should too…If you are going to carry a firearm it is your responsibility to be trained and equipped to use that firearm in a defensive situation.

If you are hoping to never have to use your gun in a self defense situation, this course will dramatically increase your chances of avoiding a violent attack all together.

Because here’s a truth: Bad things happen when you give evil people the opportunity to strike.

That’s why I’ll show you how to minimize the opportunity for violent encounters to occur in this training.

It comes down to this:

#1 You will know how to think and act when a violent attack occurs because you’ve trained your brain before it ever happens.

#2 You will not know how to think or act because you didn’t take the time, or effort to be prepared..you’ll be making decisions “on the fly” in a split second, on the worst day of your life and hoping you and your loved ones survive.

I hope you choose option one and you’re prepared. But the choice is yours.

You Can Not Lose Because You Have No Risk

You’re covered by my 60 Day Money Back Guarantee - You can try out 31 Shoot or Don’t Shoot Scenarios risk-free because I’m backing your decision with a 100% 60-day money back guarantee.

Go through the entire course…watch all the videos and learn the principles I teach so you can have the awareness only a fraction of concealed carry holders ever possess.

Then, if (for any reason or no reason at all) you don’t feel satisfied with the program and everything you’ve learned (even if it’s on day 59) simply let me know and you’ll receive a prompt 100% refund.

As you can see, you have nothing to lose (except a lifetime of being a concealed carry holder for no reason because you will not be ready when it counts the most, If you don’t act now).